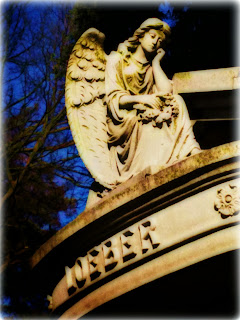 A Native of Germany, Mr. Loeber was a Pioneer in every sense of the word. He first came to the U.S. at the age of 22 and traveled all over the country. He brought with him a trade he learned from his father, being a butcher. During his travels he spent time under the command of Colonel James Sawyer, for the Omaha Volunteers who were to keep the natives in line and make a road from Sioux City, Iowa, to Virginia City, Montana. 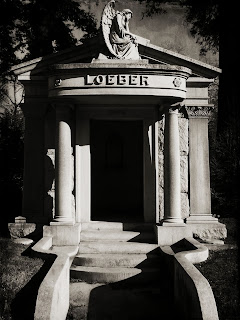 He went on to travel through Blackfoot Country, driving stage for a short while. Later he made his way to the west, and became successful in his trade, opening up a butcher shop in Butte City and opening the California Brewery. He later owned silver and copper mines and retired a very rich man. He was so well known that even the "Poet of the Sierras" Joaquin Miller mentioned him in his book "History of Montana".  Mr. Loeber is interred with his wife, Elizabeth Otto Loeber at Stockton Rural Cemetery.