The Murder of Judge Belt

The Stockton Independent, dated June 4, 1869, relayed the story as follows:

“The Late Homicide In Stockton”

“Shortly after twelve o’clock yesterday, Judge George Belt, of Merced county, was shot and killed by William Dennis, of this city, on Center Street, in front of J.A. Jackson & Co.’s office. The tidings of the tragedy soon spread extensively throughout the city, and but a short time elapsed after the sad affair transpired before a large crowd had assembled at the scene of the homicide, every one manifesting eagerness to see the body and ascertain, if possible the cause of the shooting. Various rumors prevailed in regards to the matter, all showing that an old and bitter enmity had existed between the parties for years. As the case will undergo a rigid legal investigation, and not desiring in any manner whatever to bias public sentiment in regard to it, we refrain from giving any of the vague and unauthenticated rumors prevailing, but await the testimony of those cognizant of the facts in the matter.

Coroner Bond soon arrived at the scene and took charge of the remains of Judge Belt. The Coroner, in removing the hand of the deceased from his coat pocket, found firmly held in its grasp a loaded derringer pistol. On the body was a bowie-knife, apparently new, and a new scabbard (dagger). Dennis, it is stated, fired the fatal ball from a revolving pistol. The ball entered about two inches under the deceased’s left ear, severed the spinal column, ranged up-ward, and is supposed to have lodged in the brain. The remains were removed to the office of the Coroner, on Weber Avenue, and the following jury of inquest summoned and sworn: C.G. Hubner, E.R. Dagget, J.B. Sears, Patrick Tye, Benjamin Chadsey, and M. Stoll. After examining the body, further investigation was postponed until this morning at ten o’clock, when witnesses will be examined.

Deceased was an old pioneer. He was the first merchant that settled and established a store in Stockton, having arrived in 1848, and located his store on the corner of El Dorado and Levee Streets, there occupying two lots given to him by Captain Weber. Dennis has been a resident of this city for many years, and is an extensive property holder. Dennis was arrested by Chief of Police Fletcher, and placed in jail.”—-

The following news article gives a little bit more information about the incident, although it appears some of the statements contradict the first article:

“About twenty minutes past twelve o’clock this afternoon Stockton was the scene of one of the most horrible homicides (murders would perhaps be a better name) that ever occurred in any civilized community. At the time specified above, George Belt, an old, wellknown and highly respected citizen of Merced County, was shot dead by William Dennis, of this city, in front of the office of J.A. Jackson & Co., on Centery Street.

Without any warning, but in deliberate cold blood, the deceased was sent into the presence of his Maker. For a number of years—dating back at least as far as 1863—- the parties to this tragedy have been engaged in a legal feud involving the right of certain property. A bitter enmity had consequently sprung up between them, and for years no kind word, if any at all, had passed, and for the last three or four years we doubt if they had exchanged a word of any kind. Thus matters have stood.

Last evening, Judge Belt arrived in Stockton, for the purpose of attending to some business. Today, until the moment of his murder, he was about the streets attending to that business and conversing with friends, of whom he had many. About twenty minutes past twelve, he left the office of Jackson in company with that gentleman and McFarlane of Merced, and when just reaching the edge of the sidewalk, preparatory to crossing the street, Dennis approached him from behind, drew a revolver and deliberately shot him.

The unfortunate man did not know that the assassin was near him, and had no opportunity to defend himself. He fell immediately and expired without a struggle. The ball entered about an inch below the left ear, passed through the spinal column and come out on the other side. Dennis immediately gave himself up to the authorities and was taken to jail.”—- Sacramento Daily Union, June 5, 1869

So just who were Judge Belt and William Dennis? 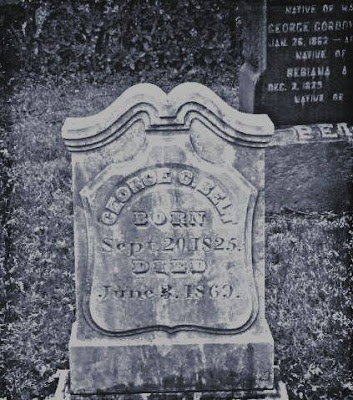 Born in Beltsville, Maryland, George came to California with the Stevenson Regiment at Monterey, later arriving in Stockton around 1849, where he opened up a tent store. At just 24 years of age he was appointed as the first Alcalde (Chief Officer and Judge) of Stockton under the former rule of Mexico. He also was appointed as a licensed trader at the Merced Indian Reservation. He was the one who established the city government in Stockton in 1850. Later on, he was affiliated with the Mason Henry Gang. 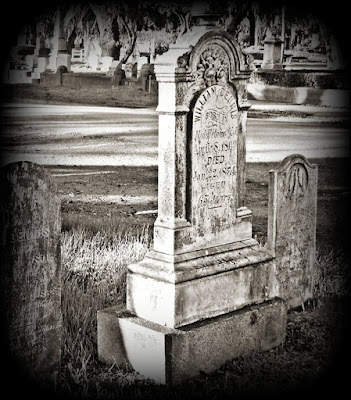 Native of New Jersey, William Dennis was infamously known as the man who shot Judge George Belt and killed him in June of 1869. His infamy seemed to overshadow any sort of reputation he had in Stockton, prior to this incident. It was known that Dennis owned a lot of property within the city, but little else is mentioned. After Belt’s murder, Dennis was sentenced to 10 years imprisonment by Judge Cavis of the Fifth District Court.

The strangest thing I found while researching this story was documentation that claimed Dennis was sentenced to prison for the murder, but died before his term was up. I didn’t think to question it at first, given the fact he did die in 1874; However, according to the Sacramento Daily Union dated November 27, 1869, Judge Crockett released Dennis on a $15,000 bail AFTER he had already been sentenced to 10 years by Judge Cavis.

So apparently, Dennis literally got away with murder. Did he have some friends in high places? It really makes you wonder. When he died in 1874, he was buried in Block 12 of Stockton Rural Cemetery, not too far from his victim, Hon. George Belt, who is buried in Block 11. Now these two enemies are stuck with each other, for eternity. Funny how that worked out, huh?

Posted by J'aime Rubio, Author at 4:57 PM No comments: