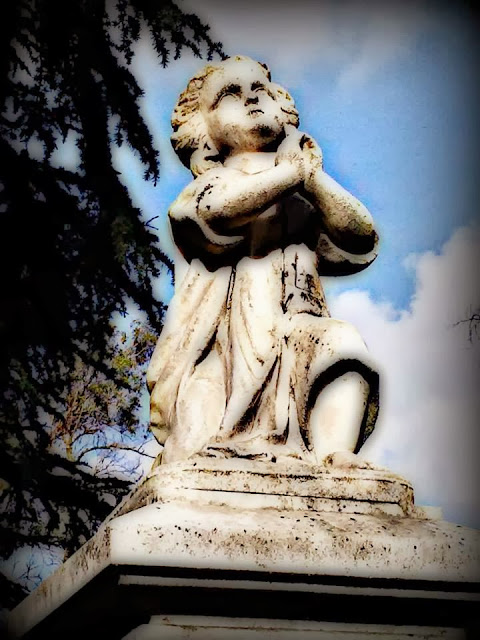 A tragic but all too often reality during the late 1800s and even well into the mid 20th Century was the fragility of life, especially the lives of children. While wandering around the Stockton Rural Cemetery, I came across the pedestal monument of four little girls who died within nine days of each other in 1877.  The grave is of the Snyder daughters who died from a terrible illness. 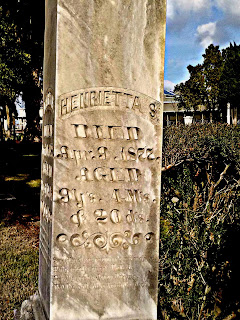 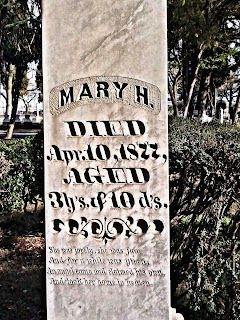 
According to research by Glenn Kennedy, whose family used to run the Stockton Rural Cemetery, the story was that the four Snyder daughters (Elizabeth, Henrietta, Mary and Ada) came down with Diphtheria after complaining of feeling ill with chills, sore throat and fever. All four girls came down with the disease and within 9 days had died. Their house had to be quarantined and a large sign was nailed to the door, warning neighbors of the illness. No one could enter or leave the home.

Snyder Monument/Grave has four sides, one for each of the daughters lost to Mr. & Mrs. Snyder in April of 1877. All four daughters ages 3, 5, 9 and 11 died within days of one another. 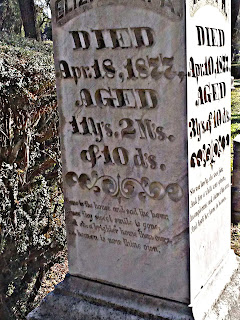 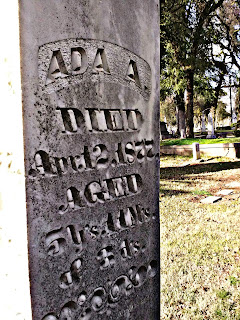 Rest In Peace to Elizabeth, Henrietta, Mary and Ada!

And thanks to Glenn Kennedy, for finding out the tragic story behind this monument.