A Not So Haunted Cemetery - Stockton Rural Cemetery 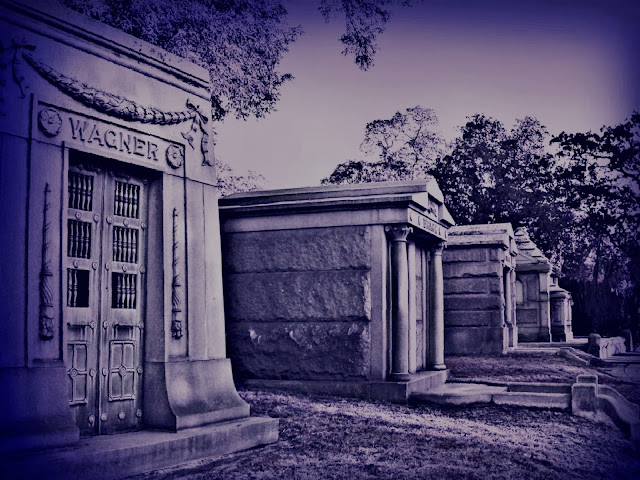 So recently I have been hearing about all sorts of "ghost tours" and ideas for "haunted tours" throughout the state. It has become almost a fad lately, and it appears that everyone wants to get on the bandwagon.  Now all of a sudden it seems like every historic place is claiming to be haunted, and offering "haunted tours" or spreading ghost stories at various locations. FYI: Just because a place is historical doesn't mean that every place is haunted. Stockton Rural Cemetery will be no exception, sadly.

For the record, I have absolutely nothing to do with any of the ghost tours that will be happening in the future at this cemetery. If you want to learn the history of a place or a person, then I am the person to talk to, but I do not like to get involved in the haunted aspect when it comes to historical tours. That is just my personal preference.
So what does that have to do with Stockton Rural? Well, I just learned that there will be some ghost tours happening there this year. Again, besides my personal feelings, I know that there hasn't been much in the way of ghost stories involving this cemetery over the years from 1861 to the present day, so I am curious to find out where all these stories are suddenly coming from?
I do know of two possibilities though, and that is why I decided to write this blog, in order to address it ahead of time. Way back in 2009, a book titled "A Ghost Hunter's Guide to the California Gold Country" came out by author Jeff Dwyer. His chapter on Stockton Rural is vague at best, but at the end he had to throw in a "ghost story," if that is what you want to call it, claiming that an apparition is seen after dark in the cemetery near the grave of Peter Singleton Wilkes. For the record, the cemetery never stays open after dark, they close early between 4-4:30 pm most times, I know because I have been coming there for years.

Also, if anyone out there knows about Peter S. Wilkes, it would be my fiance' - as he has a very special connection to this man, and he was researching about him years before anyone took an interest in his grave. As my fiance' often says "I was country when country wasn't cool," that's Roland. He has been wandering this cemetery for over 10 years, taking photos and researching thousands of people who are buried here when no one else cared. If anyone would know about Mr. Wilkes, or any claims of ghosts haunting the cemetery, it would certainly be Roland.

So what does he have to say about it? Absolutely nothing. He states for the record that although he has had many paranormal experiences in his life, in various locations, Stockton Rural Cemetery is not one of them. Period. 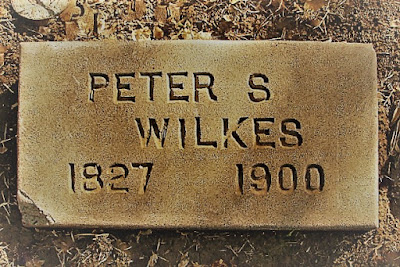 Roland has also been there in the evening (after hours) with the manager years ago when they were trying to figure out who was vandalizing the crypts and stealing the doors, but even then that is not the norm. The staff locks up when the cemetery closes around 4-4:30 pm ALWAYS.  The only people that get in there after dark besides a security guard, are homeless people who jump the fence near the railroad tracks, and they aren't talking about ghosts.
For the record, there has never been any sorts of documented or verified stories of ghosts or paranormal experiences at Stockton Rural, period. Playing on these stories might be fun for those who like the paranormal but to me it is a huge disrespect to the memories of those buried there, resting in peace.
Besides the unverified story about Peter Singleton Wilkes' grave, the only other story that could possibly have given some sort of idea of supernatural activities is the story of Daisy Dryden, another resident at Stockton Rural. However, even her story doesn't state anything about her grave being haunted. 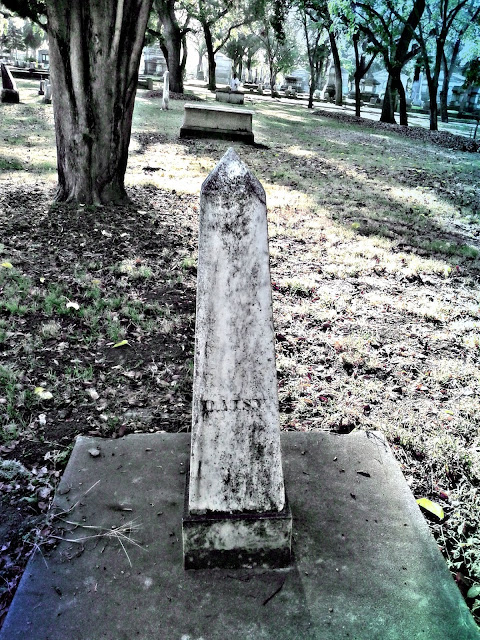 You see, Daisy Dryden claimed to have seen into the other side just before dying. Some believe she was hallucinating while others believed she really could see between the veil of the human and spirit realm. After she died she was buried with her siblings at Stockton Rural. Her mother, who wrote this account in a book "Daisy Dryden, A Memoir" believed Daisy and her siblings were all resting in peace, and that their souls were together in Heaven. Whatever it is you believe, we cannot ignore the fact that Daisy's own mother never mentioned anything about her grave being haunted.
Again, I am sure in the near future you will start to read about or hear sensationalized stories about Stockton Rural claiming that apparitions are seen, or that ghosts roam the cemetery at night, but where are these people who allegedly saw these things? No one has any documentation or witness accounts to share or cite as a source, it is all hearsay and conjecture. And again, where have all these stories been for the past 150 + years? They certainly were not documented anywhere in any local history books, so did they just spring up out of thin air? It appears so.
In all the years I have been roaming this cemetery, all I have ever felt there was peace. I personally believe that those buried there are all resting in peace, and do not haunt the cemetery, though I respect everyone else's beliefs. Still, don't you think that if a ghost wanted to haunt somewhere it would be a place they remember? Where you lived? Where you died? A place you loved? In that respect, cemeteries, although often thought to be creepy, would really be the last place that a ghost would choose to haunt, if you stop and think about it. Again, that is just my opinion.
If you do hear about ghost stories involving Stockton Rural Cemetery in the future, please take them with a grain of salt. They are more than likely fabricated to entertain, not educate. ---